This article first appeared in the Ely Ensign in March 2006 on pages 4-5. 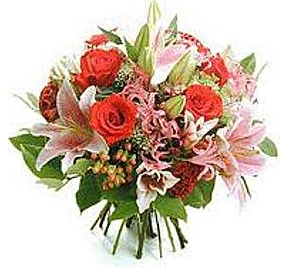 Children across the country honour their mothers by sending them a card or giving them a bunch of flowers on the fourth Sunday in Lent. But do you know how the arrival of American servicemen in East Anglia helped to maintain the centuries-old festival of Mothering Sunday?

Mothering Sunday is the day when children give their mothers presents to say thank-you for their love and care. Typically, they give flowers and home-made cards.

It is always held on the fourth Sunday of Lent. As the dates of Easter and Lent vary, Mothering Sunday usually falls in March. The Epistle reading from the Book of Common Prayer for this festival gives a special place to the theme of maternal love. Galatians 4:26 states that “Jerusalem which is above is free; which is Mother of us all.”

Traditionally, Mothering Sunday was the occasion when English children who had gone to work as apprentices and domestic servants took a day off to visit their mothers and families.

Although people often call it Mother’s Day, its origin is entirely different from the American festival of that name.

From the outset, Mothering Sunday and Mother’s Day were two distinct festivals with entirely different origins. Moreover, both are observed on different days.

Over the years the customs connected with Mothering Sunday have changed and today the sentiments in both countries are similar.

So how did Mothering Sunday become confused with Mother’s Day? The answer has its roots in East Anglia’s local history.

Centuries ago it was considered important for people to return to their home or “mother” church at least once a year. So, in the middle of Lent, everyone visited their “mother” church, or the cathedral of their area.

Most historians think it was this annual Lenten theme that led to the custom of working children being given the day off to visit their family. At that time, it was quite normal for children to leave home for work once they reached ten years of age.

As they walked back home along the country lanes, children picked wild flowers from the hedgerows to take to church or give to their mothers. Yellow primroses and cowslips (see below) were a common choice. Where better to gather a bunch of fresh flowers in the spring?

Often the children brought a gift with them, a “mothering cake” – a kind of fruitcake with two layers of marzipan, known as simnel cake.

Mothering Sunday was also called Refreshment Sunday, because the fasting rules for Lent were relaxed that day. But, by the nineteenth century, the holiday was becoming less popular, Indeed, by the 1930s the keeping of many of the old Mothering Sunday customs had lapsed in some English parishes.

Meanwhile, a new festival to honour mothers had emerged in the USA at the start of the twentieth century. Mother’s Day was introduced by Anna Jarvis, a young woman whose mother died in May 1906.

Anna told a friend that she wished the day could be set aside to pay tribute to all mothers. Soon, the idea began to spread and gain wide support. The governor of Anna’s state, Philadelphia, proclaimed the second Sunday in May to be Mother’s Day.

The festival continued to gain popularity and, in 1913, the US Senate and House of Representatives officially dedicated the day to the memory of “the best mother in the world – your mother”.

Now, nearly thirty years later in December 1941 the United States entered the war. By the second half of 1942 American servicemen began to arrive in East Anglia in large numbers.

Many more airfields were needed and East Anglia’s flat landscape was perfect for runways and new airbases. It was here that the Allied forces launched their air power to raid and severely weaken the German stronghold on the Continent.

Thousands upon thousands of American airmen – many of them outside the United States for the first time – called East Anglia their second home. Altogether nearly half a million American servicemen passed through the region.

Away from their families, these young men were surprised to find the English did not have a Mother’s Day.

They often regarded their English hostess as a kind of foster-mother. So, each year on the second Sunday in May they did what they would have done for their own mothers. They gave her presents and flowers to thank her for her kindness and care.

After the Americans returned home at the end of the war, this practice reverted back to the fourth Sunday in Lent. Even so the term, Mother’s Day, still prevails.

Thus, Americans based in East Anglia helped to maintain the centuries-old tradition of paying homage to mothers with a bunch of flowers. But their affection for their English hostesses established the new name Mother’s Day in our culture.

The common cowslip, Primula veris, is traditionally known as a “paigle” or “peggle”.  Both words are pronounced as they are spelt.  Peggles flower in the spring, much the same time as the primrose.

These delightful little yellow flowers are declining in number. Even so, they can still be seen growing in the hedgerows in most temperate European and West Asian countries.

Born in 1940 and brought up in Hertfordshire, I remember both nouns being used to describe cowslips.  Besides the noun there is also a verb, “going paigling” or “peggling”.  When you paigle or go paigling, you pick the flowers.

During the 1940s and 50s, I recall young girls of my age going paigling and bringing a bunch of peggles back for Mum.  It was common practice, usually for the girls, to present their mothers with a bunch for Mothering Sunday. We boys did not do that sort of thing.  But, I do hope this quaint name will continue to remain in our English dictionaries.