The following appeared in Cambridge Evening News on 26 November 1997. 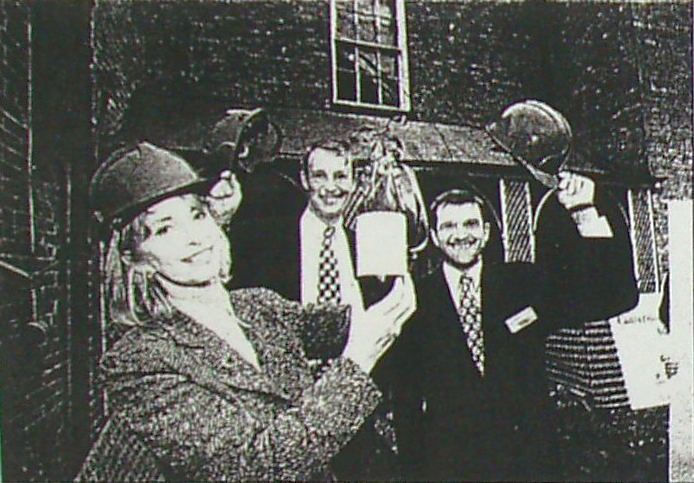 Actress Jane Asher launched a project to provide accommodation for autistic adults in the county.

Juniper House, formerly Stretham Rectory, is the first accommodation of its kind in Cambridgeshire and has been named after a 13th Century monk, believed to be the first recorded person with autism.

Jane Asher, president of the National Autistic Society (NAS), said: “I hope that everybody will be as happy here as they were today to see the work get under way.” 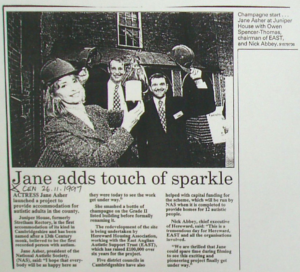 She smashed a bottle of champagne on the Grade II listed building before formally renaming it.

The development of the site is being undertaken by Hereward Housing Association, working with the East Anglian Autistic Support Trust (EAST), which has raised £100,000 over six years for the project.

Five district councils in Cambridgeshire have also helped with capital funding for the scheme, which will be run by NAS when it is completed to provide homes for 12 autistic people.

Nick Abbey, chief executive of Hereward, said: “This is a tremendous day for Hereward, EAST and all the organisations involved.

“We are thrilled that Jane could spare time during filming to see this exciting and pioneering project finally get under way.”