The following article appeared in the Cambridge Evening News on 29 June 1996.

It was written by journalist, Ellee Seymour 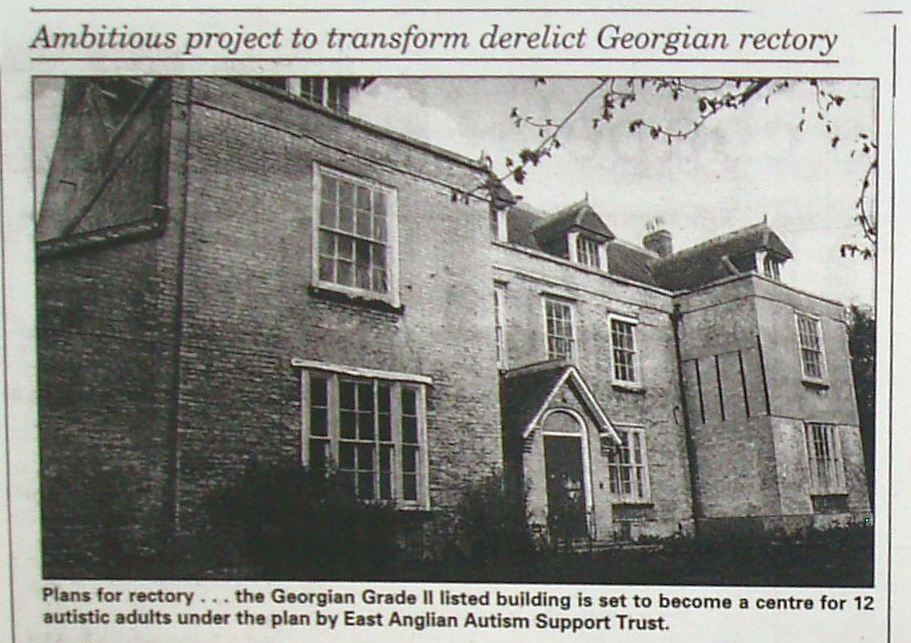 Stretham: Thirty new jobs will be created in an ambitious £1 million plan to convert a derelict rectory into a home for 12 autistic adults.

Villagers pledged their support for the proposal following a fact-finding public meeting.

Cambridgeshire is the only county in the East Anglian region without a centre for its autistic adults.

The scheme is the brainchild of the East Anglian Autistic Support Trust (East) – and the Hereward Housing Association will be landlords.

It will be run by the National Autistic Society.

It is hoped to complete the sale with the Ely Diocese by August, and start the conversion next January. The first residents could move in by spring 1998.

Owen Spencer-Thomas, a spokesman for East, whose 17-year-old son Huw is autistic, said he was delighted with the support shown by villagers.

He said there was a desperate need for a home in the county. His son is currently based in North Devon.

He was anxious to reassure villagers about the level of supervision and care that would be given to residents.

“There was a very strong contingent at the meeting who were strongly in favour of the project, and we were absolutely delighted,” he said.

“It will be good news for the village because it will bring it back to life. 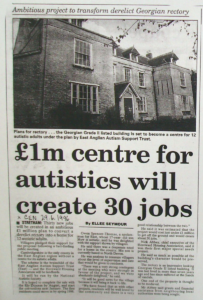 “We have found that as with other projects, residents will be well loved by the community and there is a very good relationship between the two.”

He said it was estimated that the project would cost just under £1 million to get off the ground and would create about 30 jobs.

He said as much as possible of the building’s character would be preserved.

The rectory is an impressive looking Georgian Grade II listed building. It was last lived in more than seven years ago and has since suffered at the hands of vandals.

One end of the property is thought to be medieval.