The following appeared in the November 2003 edition of The Ely Ensign, on page 6. 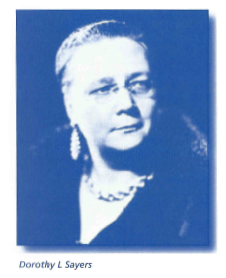 A Cambridge church is to become the venue for twelve drama performances when a cast of hundreds will restage Dorothy L Sayers’s famous radio-cycle ‘The Man Born to be Born King’.

Seventy performers, who will work with scripts in hand, have already been recruited by the productions which will take place between January and April 2004 at St Mark’s Church, Newnham, Cambridge. But Rex Walford, who is directing the play-cycle with a twenty-first century make-over, is still looking for other enthusiasts who would like to play some of the smaller parts.

In 1940 Dorothy Sayers accepted a commission to write a life of Christ for the BBC on the express understanding that it should be done in modern style and with colloquial speech. Until then she was mostly known as a successful detective novelist and the creator of the aristocratic sleuth, Lord Peter Wimsey.

“Sayers took four Gospel sources and skilfully wove together a coherent biographical account of Jesus Christ,” said Rex Walford, “She captured the swirling colour and conflict of the times in a dramatic tour de force.”

The text of ‘The Man Born to be Born King’ caused a sensation in its time, provoking passionate support and opposition, and with questions asked in Parliament about it. The plays drew huge listening audiences and were repeated annually for many years. 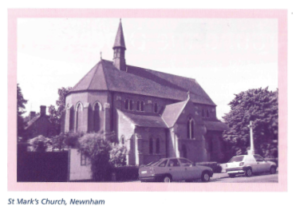 Rex Walford thinks it will be fascinating to see how well these plays stand up to modern scrutiny. “They broke new ground as a clear exposition of the life and impact of Christ in their time,” he said, “For someone who has never come across the Gospel stories this play-cycle may well be a startling revelation.

The plays will be re-staged in a radio context, but Rex Walford aims to “give his audience enough movement and drama to make them worth watching as well as listening to.”

170 different characters appear in the twelve plays – some appearing in several, some only in one.

[Anyone wishing to take part, either as an actor or as a back-stage helper, will need to attend rehearsals for each play and can contact Rex Walford.

Dorothy Sayers, the only child of an Anglian cleric, was born in Oxford. Her father became Rector of Bluntisham where she spent most of her childhood.

Rex Walford directed the St Mark’s Oreal Reason project at the Millennium and also Murder in the Cathedral at St Mark’s in 1997.